This is a warning to all prospectors carrying PLB [Personal Locator Beacons] also known as EPIRB’s. These devices are designed to be an emergency assistance beacon using the COSPAS-SARSAT satellite system running on the COSPAS distress frequency of 406MHz. Over the last few years a number of prospectors have reported unintentional activation of their PLB devices. They were only made aware of the activation after intervention by a rescue party much to their surprise.

Overview diagram of the COSPAS-SARSAT communication system used to detect and locate EPIRBs, and PLBs.

The latest incident involved a well known PLB made by KTI here in Australia, it must be highlighted that the issue is not just with KTI products but could impact any sensitive electronic devices exposed to the strong electrical pulses generated by a Metal Detector.

The latest incident occurred when a prospector knelt down next to his detector coil with his PLB attached to his belt, this evidentially led to the PLB being to close to the detectors extremely high energy pulses. As a result the PLB was activated unknowingly to the operator, and could have resulted in a huge fine for the cost of sending out emergency responders.

KTI were very responsive to the concern and engaged Codan with a loan of the same model detector, testing was conducted at their head office to determine the root cause of the incident. They concluded that the PLB could be triggered if placed to close to the high energy pulses of the detector coil, and that a simple fix was to keep the PLB at a suitable distance. They also highlighted that any sensitive electronic device [such as a GPS] could be damaged if placed to close to the coil.

As a follow-up KTI have made a design change to there PLB to reduce the likelihood of this happening in the future, however this doesn’t reduce the risk to the 1000’s of devices already out in the field, not just KTI products.

I myself reduce this risk by keeping my PLB in my backpack in a Anti Static bag. These can be obtained on eBay very cheaply and to me it serves as cheap insurance. These bags can be purchased for as little as $8.99 for 50 units. 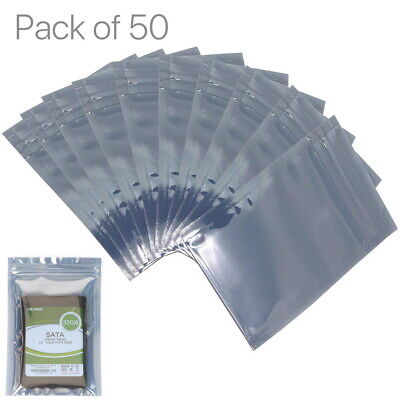 I have included below the original correspondence from KTI on the issue for reference.

Metal detectors work by emitting energy and measuring reflections and/or field disturbances. The energy emitted by some metal detectors is in the form of extremely powerful, short duration pulses, with pulse energy similar to that of a welding arc or high power radar. These high energy pulses can be potentially destructive to common electronic equipment.
There have been a handful of cases where our model SA2G PLB was unknowingly activated while being carried by a person using a metal detector. In the first case the person was also carrying a GPS navigator that was apparently damaged at the same time. We followed-up this first incident and Codan kindly loaned us a similar model product to experiment with in our lab. We found that the SA2G PLB could be activated if it was positioned directly under the middle of the search head within a range of less than 10cm. We were unable to cause PLB activation in any other configuration including resting directly on top of the search head or its wiring. The SA2G PLB did not sustain any damage and after switching off it remained fully functional. We doubt anyone would knowingly place their PLB directly under the active search head of a metal detector and were advised that in that incident the PLB was being carried on a waist-belt. We concluded that the operator may have knelt down, lowered the metal detector handle to the ground allowing the search head to roll to the side and then moved forward resulting in the PLB (and GPS navigator) passing close to the underside of the still active search head.
Last year we released our model SA2GN PLB, an updated version of the SA2G product. We incorporated additional measures in the product revision to reduce the likelihood of activation by metal detector pulses. Note that we cannot guarantee that our PLBs will never be activated or damaged by exposure to high energy. People operating high energy equipment need to be aware of how their equipment works and the associated dangers and risks. In the case of high power metal detectors there is one recommendation we can make – carry your sensitive electronic equipment in a steel container. The thickness of the steel is not important – a simple biscuit tin with lid can provide both faraday and magnetic shielding to heavily attenuate metal detector fields.
Regards,
Mark.
On 23/9/20 7:18 pm, KTI wrote:

Be safe and happy prospecting, all comments are welcome.

For all your Gold Map needs or Detector training we are here to help.